Tomorrow sees the start of the first Grand Slam of the 2016 calendar, the Australian Open in Melbourne. British number one Andy Murray, who is second seed in the Men’s singles draw, is looking to add this title to his ever growing collection. Recently voted as the BBC’s Sports Personality of The Year, Murray faces eighteen year old Alexander Zverev from Germany in his first round match on Tuesday, encouragingly he beat him 6-3, 6-4 in the Hopman Cup last week. Murray says he will withdraw from the event if his wife Kim gives birth to their first child during the tournament. Fellow British players Dan Evans, Kyle Edmond and Aljaz Bedene are also playing in the tournament.

World number one and defending champion Novak Djokovic reached fifteen finals of the sixteen tournaments he competed in last season and won eleven titles, including three Grand Slam’s Wimbledon, the US Open and his fifth Australian Open. Djokovic will open his defence of the title against Chung Hyeon of South Korea tomorrow. Third seed Roger Federer will also play tomorrow against Nikoloz Basilashvili from Georgia. 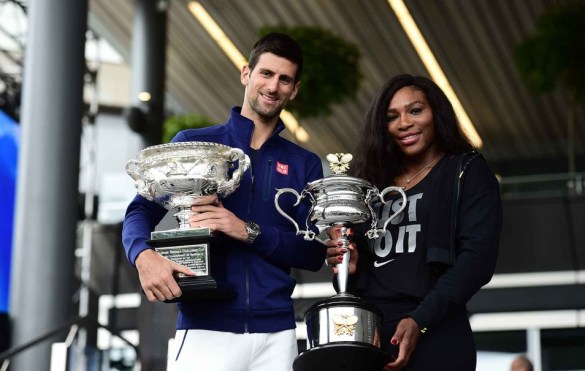 Defending women’s champion Serena Williams who has twenty-one Grand Slam titles, has been plagued by a knee injury but will face Camila Giorgi from Italy tomorrow to start her 2016 campaign. Williams is looking to equal Steffi Graf’s Grand Slam record of twenty-two singles titles. Fifth seed Maria Sharapova who withdrew from the Brisbane International last week with an arm injury faces Japan’s Nao Hibino in her first round match.

New British number one Johanna Konta will face her childhood heroine seven-time Grand Slam winner Venus Williams in the first round of the women’s singles. British number two Heather Watson faces Hungary’s Timea Babos in the first round tomorrow. Watson will be coached on a short-tem basis in Melbourne by Great Britain’s Fed Cup captain Judy Murray, after she and her coach Diego Veronelli parted ways in December.

British number one doubles player Jamie Murray and his new partner Bruno Soares from Brazil won the Apia International in Sydney in their final warm-up ahead of the Grand Slam with a straight-set victory over Rohan Bopanna and Florin Mergea 6-3, 7-6 (8-6). This was only the pairs second tournament playing together after Murray ended his partnership with former partner John Peers. 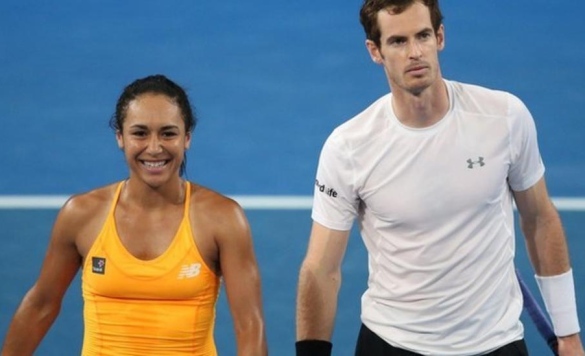 In other Australian Open build up news, Murray and Watson paired up to represent Great Britain in last weeks Hopman Cup. Even though they thrashed the German team they missed out on a place in the final in Perth due to other teams results. Nick Kyrgios secured the Hopman Cup for Australia Green by beating Alexandr Dolgopolov 6-3 6-4 to give his team a 2-0 victory over Ukraine in Perth. 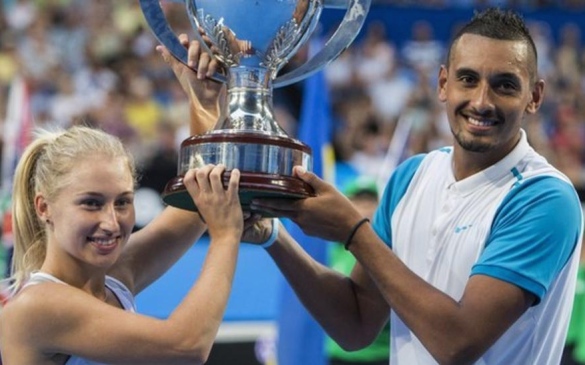 Info and photos sourced from www.bbc.com