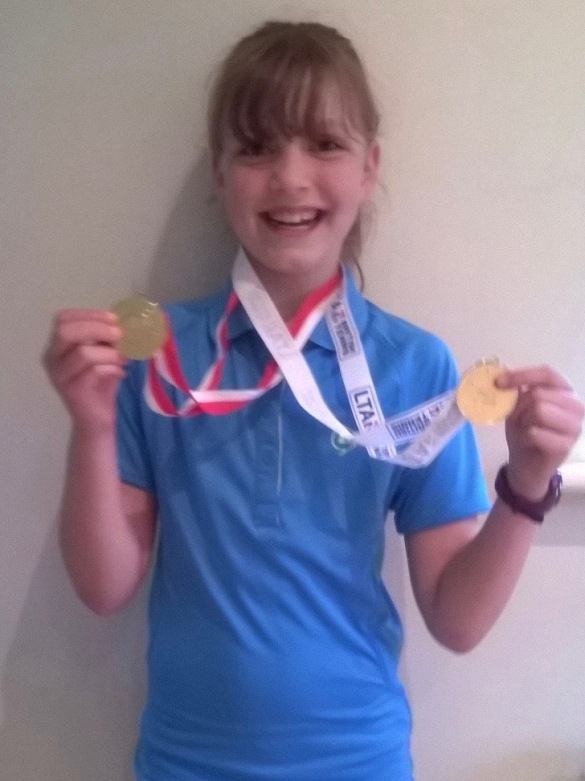 Top seed Da Silva then won her second medal competing in her first 12 and under tournament at the King’s College, Wimbledon Open tournament 2016 in London. The event was played in a round robin format and Da Silva won all of her three matches beating Alice O’Brien, Daniella Townsend and second seed Alisa Maletkovic to be declared the overall winner and receive the gold medal.