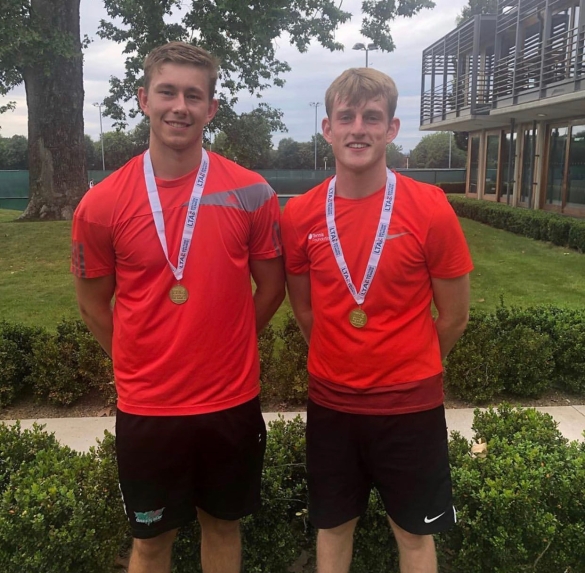 The pairing were top seeds in the Open Mens Doubles event winning all their matches to claim the title. After a bye in the first round they beat Andreas Whelan Merediz and
Kian Yazdi in the quarters  4-3(2), 4-1, Eliot Glaysher and Josh Reynolds 4-1, 4-2 in the semis and then defeated second seeds Alex Fox and Elliot Stevens in the final 4-1, 4-2.