As the summer holidays draw to a close it’s time for the return of the Totally Tennis Junior Squads which form part of the the club’s development and performance programme run by our team of LTA licensed coaches. Totally Tennis squads are run on weekdays and designed for children aged from four years upwards that start with mini tennis nets and sponge balls and work up to full sized courts and yellow balls, every child is given an appropriate squad to join, usually guided by age.

Development squads include Pirates (4-6 years), Indians (6-8 years), Dodgers (8-9 years) and Giants (9-10 years). A, B and C squads are for older players aged eleven and over. Performance Squads include the invitational mini performance squads of Red, Orange and Green for talented players and Yellow squads are for older players in the U12 to U18 categories.

The 2018 autumn term started today (3rd September) and will run for sixteen weeks until 21st December 2018 (sessions run throughout half term). There are Open Weeks held during the last week of term in March, July & December where parents are invited to watch their children’s progress during an on court session. For more information about the squad programme and session fees telephone 01256 358816 or visit the website www.totallytennis.co.uk/squads

As well as training for thirty-eight hours a week, Cooper Kirby will be studying at the school linked to the academy based in nearby Fort Myers. If initial training goes to plan he will be looking to compete at the ITF tournament to be held in Atlanta, Georgia at the end of October.

While resident at the academy Cooper Kirby will be following an intense daily training programme to improve every area of his game including technique, footwork, movement and strategy on an individual and small group basis. The training includes  match play and drills as well as mental training and fitness.

Cooper Kirby spent a month at the Florida academy earlier this year in April and while there he won the Spring Tropical Junior and also competed in another 16 and under event but was knocked out in the quarter final stages by a fellow Gomez Academy player. 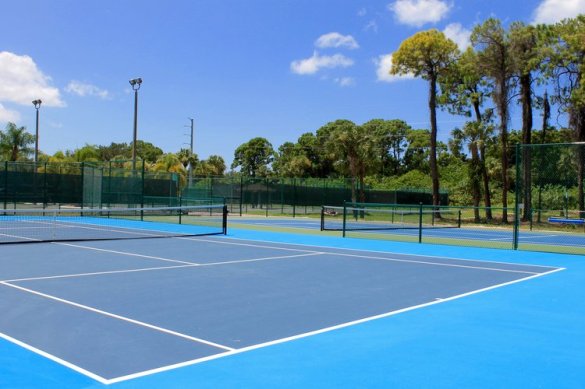 The Gomez Tennis Academy was founded in 2010 by tennis coach Rene Gomez, his wife Leslie Gomez and her son Chase Muma. Gomez Tennis Academy is a boutique tennis training academy situated in Naples, Florida. Led by Rene’s knowledge and experience, the Gomez team practices a training philosophy based on commitment, consistency and individualized instruction.*

*All information about the Gomez Tennis Academy and court photo were sourced from www.gomeztennisacademy.com

Accompanied by coach Jordan Frederick, Cooper Kirby played in 14U Boys Singles event where his first round opponent was second seed Roan Jones who is number 2 for his age group in the UK and a team GB player. Even though he won the first set 6-2, Cooper Kirby lost the second set 6-0 and then fought hard in the close tie-break set before eventually losing 7-6(3) to make an early exit from the competition.

Brian Cooper Kirby said, “Jordan accompanied Dean to the event and witnessed him totally controlling the first set before taking his foot off the gas in the second. In the deciding set Dean and Roan were neck and neck with most of the spectators watching the game.” He added “Dean was level 4-4 serving to take lead but was broken by Roan to lead 5-4 and serving for match, Dean stepped up again and broke Roan to level 5-5 then they both won their next games to level the set 6-6 for a set tie-breaker which Dean lost 7-3”

Cooper Kirby has now left the UK having made a permanent move to Florida to train full-time at the Gomez Tennis Academy in Naples, Florida and attend a school linked to the academy based in Fort Myers.

Liam competed in the 18U Boys Singles but also lost in the first round against third seed Daniel Martin 6-1, 7-6(4). He then played in the 18U Boys Doubles with partner Kyle Stocker but the pair were knocked out in the first round by  Deji Thomas-Smith and Patrick Young with a 6-2, 6-2 scoreline. Younger sister Isla played in the 16U Girls Doubles competition partnered with Maisie Wood and together they were beaten in their first match by Jessica Dawson and Jayanne Palma 6-2, 6-3.

This years Road to Wimbledon National Finals took place on the Wimbledon practice courts located in SW19 from 12th – 18th August. This year, following in the footsteps of many former Totally Tennis players, performance players Dean Cooper Kirby and Kirsty Da Silva got the chance to compete on the All England Club’s historic grass courts.

In the County 14 & under singles competition Da Silva played well in the group stage but unfortunately lost Willow Hancock 7 – 5, 6 – 2 and group winner Sofia Maine 6 – 2, 6 – 1 on day one and Hima Fernando 6 – 2, 6 – 1 on day two so she did not progress to the knockout stages. She then teamed up with Beatrice Painter to compete in the doubles competition, the pair lost against Jemimah Choi/Jessica Miller in their first match 7 – 5, 6 – 2.

Coach Jamie Jordan said, “Kirsty had a fantastic experience this week at the Road to Wimbledon finals, she got to live the dream of a pro and get a taste of what it can be like at the top which she thoroughly enjoyed with smile on her face!” he added, “Her overall performance in both the singles and doubles was good, she tried new things but did find it hard adapting to the immaculate grass courts.”

“I’m a very proud coach and couldn’t ask for anything more, hopefully this is the next step of the journey for her. Well done Kirsty!” 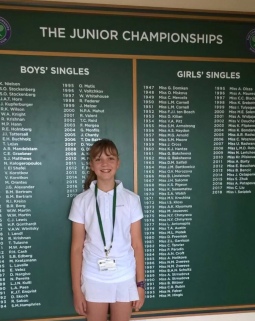 The Road to Wimbledon, the annual tournament for players aged 14 & under is celebrated its 17th year of operation with a larger competition in the UK and further expansion in Asia with events in China, Hong Kong SAR, India, and for the first time, in Japan. This year the initial stage of the competition was held at over 800 tennis clubs, school and parks across the country from April to June. Winners and runners-up of the club stage contested the county finals and the separate Road to Wimbledon International UK tournament, open to highly rated British youngsters, took place from 23rd – 24th June.

Totally Tennis mini performance player Hayden Cummings enjoyed a busy week of summer tournaments which got off to the best start when he won the 10 and under Mixed Singles title at the Southampton Junior Open last week held at Totton & Eling Tennis Centre in Southampton.

Yesterday he played in the 9 & under Boys singles at the Winchester Mantis Open 2018 held at the Winchester Racquets and Fitness club. After a bye in the first round he defeated  Zachary Verret 7 – 0, 8 – 6 in round two and Zayn Bellazrak in the quarters 7 – 3, 7 – 4 before losing in the semis against eventual winner Daniel Joita 7 – 0, 7 – 5. 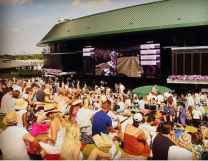 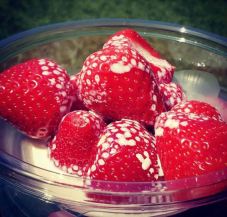 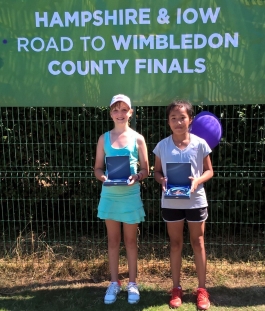 Performance player Kirsty Da Silva (pictured with winner Rina and coach Jamie) was runner-up in the Road to Wimbledon County Finals and booked herself a place in the National Finals at Wimbledon as a lucky loser – congrats Kirsty! 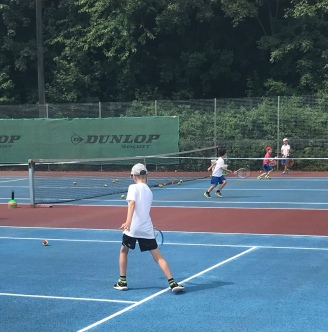 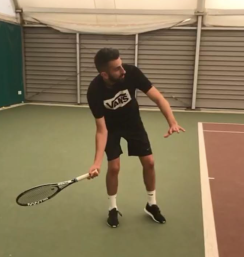 Mini performance player Hayden Cummings was the runner up in the 9 and under Grade 3 Boys singles event at the Windsor Open held at Windsor Lawn Tennis Club on Sunday.